No of
Vacancies
50
Minimum
Salary
Please check with the concern authority or website
Last
Date
31/10/2019
Address
Andhra Pradesh State Level Police Recruitment Board, AP-DGP Office, Lakdi Ka Pool-Khairatabad, Hyderabad , Telangana  500004
Qualification
The candidate must possess, as on the date of notification i.e., 30-09-2019, a Bachetor's degree in any subject atong with a Bachetor's Degree in Law awarded by any University in lndia, established or incorporated by or under a Central Act, Provinciat Act or a State Act or of any lnstitution recognised by the University Grants Commission or any other equivatent quatification. The candidates who have passed five year course in law after lntermediate are atso etigibte.
Age
Limit
A candidate must not have attained the age of 42 years as on 1st July, 2019 i.e., he/she must have been born not eirtier than 2nd July, 1977
Experience
Requirements
The candidate must have practised as an advocate for not less than three (3) years active practice in Criminal Courts in the State as on the date of notification i.e., 30-09-2019.
How to
Apply For
SLPRBAP
vacancy :
Interested Candidates can apply online. Last date 31 October 2019.
Job
Type
TEMPORARY
Job
Deatils:
Official Website Document 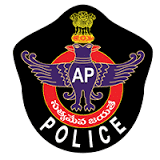